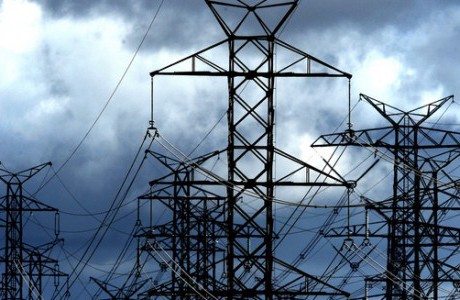 Current Challenges in the Power Sector

More than two years after the conclusion of the power sector privatisation process, the sector seems to have gotten much worse. Generation is at an abysmal low level; system collapses are now more frequent, and the much-touted investments and efficiency in the power sector are yet to materialise. Even worse, the sector is faced with huge liabilities that require urgent government intervention to avert a financial collapse of the sector. Under the CBN-Nigeria Electricity Market Stabilisation Facility (CBN-NEMSF), the CBN has injected over $1billion (N197/$) just to cover liabilities in the power sector from November 2013 to December 2014, as well as legacy liabilities to the gas sector. The CBN is looking at an additional injection of over $600 million to cover further liabilities from January 2015 to February 2016. The CBN-NEMSF financing to the power sector is at an interest rate of 10 percent per annum and will cost electricity consumers over N124 billion in interest payments alone, over the next 10 years. In addition, the Nigerian Bulk Electricity Trader (NBET) seeks to raise a minimum of $1.5 billion debt financing in long-term bonds to finance future liabilities in the power sector.

Without any significant improvement in power supply in the near horizon, electricity customers have to pay back these huge loans that have already been factored into their electricity tariffs!

To be fair to the Buhari government, it is worth stating that prior to February 2016, power generation had peaked to a new level of 5,070MW never before attained. The unexpected resurgence of militancy resulting in large-scale sabotage of oil and gas facilities in the Ijaw areas of the Niger Delta is largely responsible for the low generation levels experienced from February 2016 till date. Clearly the issue of militancy and pipeline sabotage may not be addressed any time soon except the militant groups responsible for the bombings toe the path of peace and halt further sabotage to oil and gas facilities in the Niger Delta.

On the other hand, efforts to add the much needed generation capacity have been constrained by the poor financial condition of the DISCOs to service such investments. DISCOs are faced with huge challenges, which are clearly visible in their operations and service delivery. Some of these challenges include a lack of sufficient energy supply from grid, high technical and non-technical losses, obsolete networks, lack of maintenance of network equipment, poorly trained manpower, poor customer data, low metre penetration, health, safety and environmental issues and a near absence of investments due to poor revenues, inadequate tariffs, huge liabilities, particularly from MDAs and external funding constraints.

DISCOs need to do more to improve their operational efficiencies in order to improve their revenue profile. Indeed, beyond the inherited challenges enumerated above, DISCOs are faced with self-inflicted problems as well. A few of these include the rapid reduction and downsizing of experienced workforce, such that the remaining workforce is insufficient and relatively unskilled. Other self-inflicted challenges were the reluctance to commence their metering programmes early enough and perhaps, more difficult to understand, their inability to properly enumerate their customers so far within the first two years of operations.

A factor not usually considered in the poor service delivery of DISCOs is their geographical coverage areas. There were two schools of thought at the onset of the unbundling and privatisation of PHCN Successor Distribution Companies. One school believed that DISCOs should be unbundled according to geographical states. The other school of thought preferred their unbundling in line with existing PHCN regional centres. In the end, we’ve ended up with privatised DISCOs whose geographical coverage areas are quite extensive for efficient management. All DISCOs, with the exception of Eko and Ikeja DISCOs, cover a minimum of four states. Lagos State has the unique advantage of having two DISCOs. Enugu DISCO operations cover the five states of the South-East.

In our view, the current geographical coverage of DISCOs is unsustainable to allow for efficient operations and customer service delivery. Had the companies been unbundled along geographical state coverage i.e. one DISCO per state, we would have had at least 36 DISCOs, with the resources of each DISCOs serving a state dedicatedly as opposed to being spread too thinly across four states to provide efficient customer services. We also would have had the opportunity of individual state governments to actually partner with the DISCOs to improve electricity access to its people. For instance, the current structure of DISCOs hinders a state like Akwa Ibom State from partnering with Port Harcourt DISCO in providing electricity to rural communities in the State.

In addition, while not readily admitted, business districts of DISCOs that are located outside of the city or state wherein their headquarters are located, struggle to receive funding and materials to efficiently carry out their operations. They often have to escalate and wait for decisions and even minor issues to be resolved at headquarter levels.

The Concept of Electricity Distribution Franchise

Initially, such an arrangement was restricted to the outsourcing of basic functions such as billing, collection and repair and maintenance (R&M) of transformers. Over time, it evolved into incentive-based arrangements for the private sector to invest in the distribution network and be responsible for all functions after receiving energy from the utility right up to collection of revenues from consumers.

How to Structure a Distribution Franchising Opportunity

The distribution-franchise model was first tried in December 2006, when Maharashtra State Electricity Distribution Company Ltd (MSEDCL) gave Torrent Power, a private entity, the rights for the Bhiwandi circle. Bhiwandi circle is a textile hub, where 60 percent of the demand comes from the textile factories and has a customer base of about 200,000, spread over 721 square kms.

The Maharashtra example provides a template for franchising DISCO operations in Nigeria. We expect any franchising structure would be based on service improvement, aggregate loss reduction, customer complaints satisfaction and improved revenue collection services. It cannot and must not only be about revenue collection alone, which seems to be the focus of DISCO operators.

The advantages of well-structured DISCO franchise operations are numerous: first, it improves the operational efficiency of DISCOs. Save for major faults at certain voltage levels (possibly at 33kV), customer complaints are quickly attended to and resolved as the franchisee is on ground and remuneration is incentive based. Service improvement and customer satisfaction, in our view, should be the primary driver of any DISCO franchisee structure. Resolving customer complaints in a timely manner actually increases DISCO revenues.

Lastly, franchisees are better able to carry customer enumeration exercises, as well as metering services, on behalf of DISCOs. Proper customer enumeration and metering are key success factors in DISCO operations. In addition, franchisees are able to address the issue of electricity theft via metre bypasses or unauthorised connections within their areas of operations without deploying much capital in doing so.

According to TechSci Research report “Varanasi Power Distribution Franchise Model, 2015”, Varanasi district faced huge distribution losses of over 20 percent in 2014, which led to the financial distress of the Varanasi Utility Company. The losses in Varanasi district occur due to electricity theft, low metering efficiency, improper metre reading, faulty metres, inefficient billing and low collection efficiency. Under the Distribution Franchise model, the franchisee is responsible for the supply of power, metering, billing and the collection of revenues, as well as for up gradation and expansion of the distribution infrastructure.

DISCO Franchisees can be the state or local government, private third party utility companies, estate associations and even community unions with the financial and technical means. However, DISCO Franchisees must emerge from a competitive bidding process with clearly defined bid parameters, operational outputs and standard operating procedures during the contract period.

Odion Omonfoman is an energy consultant and the CEO of New Hampshire Capital Ltd. He can be reached on orionomon@outlook.com.

Views expressed by guest writers are not necessarily the views of Sawubona Advisory Services Limited.

With over 170 million consumers, a vibrant young population, a rapidly growing economy and an emergi...